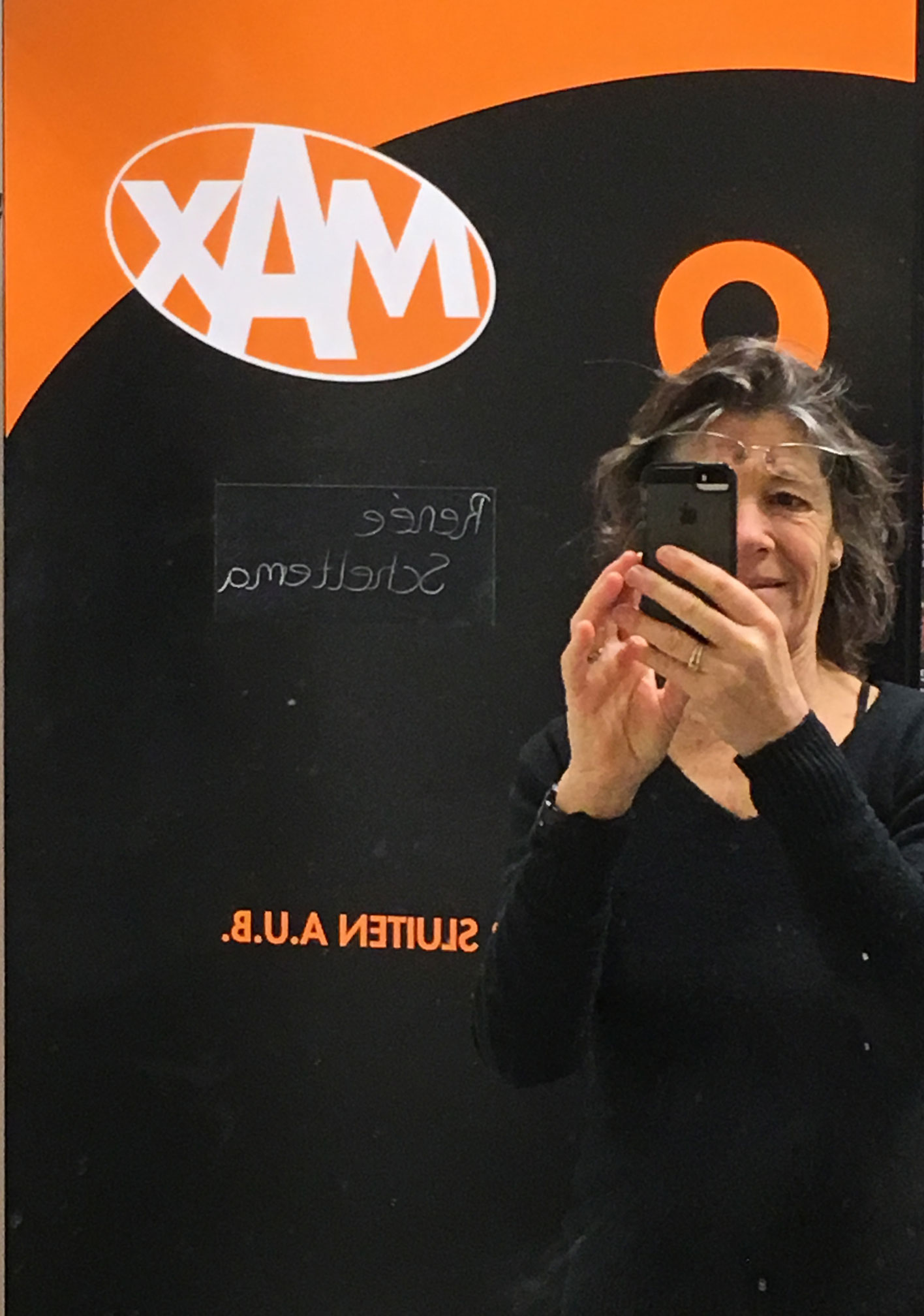 Renée Scheltema is a Dutch documentary filmmaker and photographer.

After her degree in Criminology at Leiden University, she studied at the University of California in Berkeley, USA.  Her main subjects: TV-Journalism and Photo-Journalism.

For 35 years Renée has worked for Dutch television as a Director, Producer and Camera-person. Some of her documentaries, like “Hush, A Portrait of Tracy Payne”, “Seven Days in Burma”, “The Death Penalty”, “Portrait of A Zen Couple”, and “The Bus” were selected at International Film Festivals. “Nicolaas Pierson: A Conversation” (in Dutch) , “Happy in Zimbabwe?“ Portrait of a Tibetan lama visiting NGO’s in Zimbabwe.(In English) and “Rob Nairn” (in English). Many documentaries were co-productions with Dutch TV and  Non-governmental organizations  like Amnesty, UNDP, UNESCO, SNV, focusing on social issues.

Her art series “Canvas Extreme” consists of 7 x  28′ minute portraits of contemporary cutting-edge artists in South Africa, shot during the first years of the Mandela era.  The series was sold to TV stations in France, Spain, Mexico, Switzerland and the Netherlands.

She finished her award-winning documentary feature called “Something Unknown Is Doing We Don’t Know What” in 2009, investigating the Science behind Psychic Experiences, featuring top scientists in the US. www.SomethingUnknown.com

And after 4 years as a One-Woman-Crew, Renée completed “Normal Is Over” , an award-winning feature documentary connecting the dots: A look at the financial and economic paradigm underlying our planetary problems, while offering various SOLUTIONS. (2016, 103 min). The film is about humanity’s wisest response to climate change, species extinction, resource depletion, income inequality and the connection between these issues. https://NormalisOver.org

Renée set up The Making Of The Future Foundation. Its mission is to create meaningfull change for a regenerative planet; to connect “money to nature” by inspiring people to build a “new normal” for the health of our planet.

As a professional photographer, Renée has worked for Magazines and Newspapers in Holland, the US, and South Africa. She was a member of Gamma Liaison in New York, now called Getty Images.